A woman who was emotionally abusive towards her fiance for two years has shared her story to help other abusive women realize the error in their behavior.

The Twitter user, who is now married to the man, narrated how she found herself getting jealous while they were waiting to get married. During that period, she sometimes acted out by being emotionally abusive to her fiance.

She said she broke up with him numerous times but he always got back together with her and eventually helped her through CBT (cognitive behavioural therapy).

Read her story narrated in a lengthy thread below. 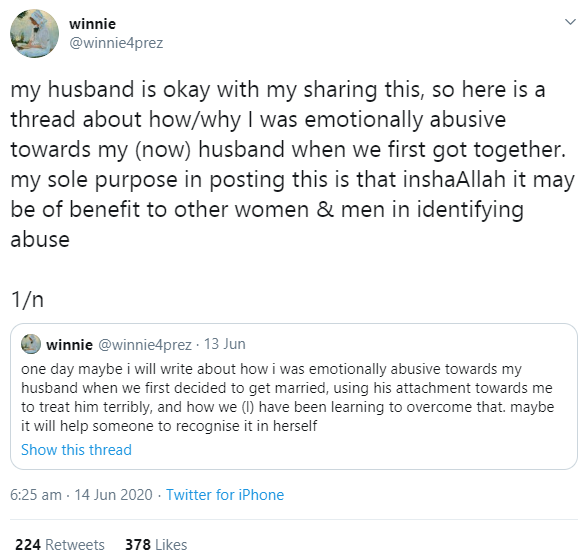 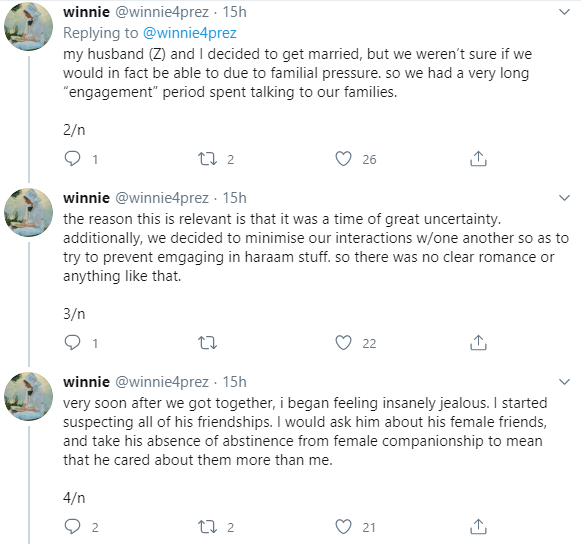 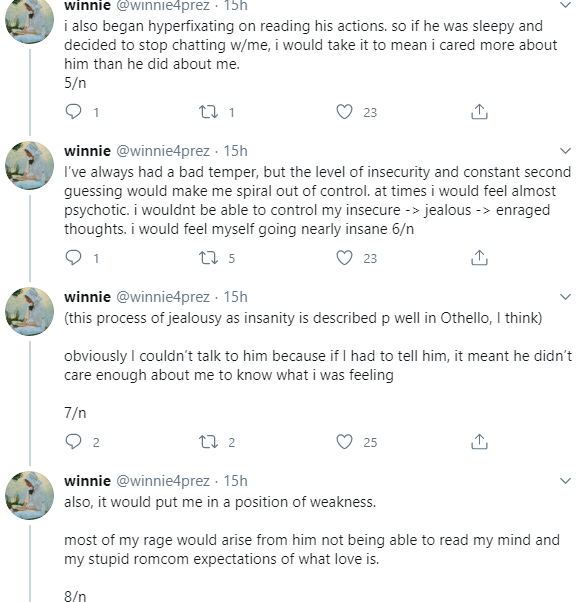 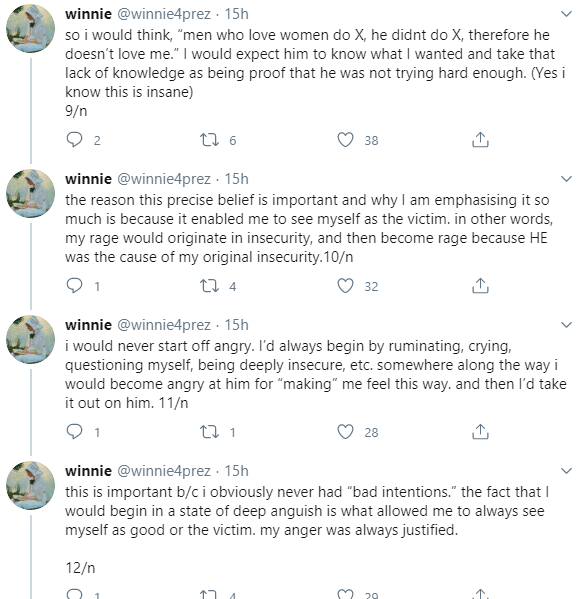 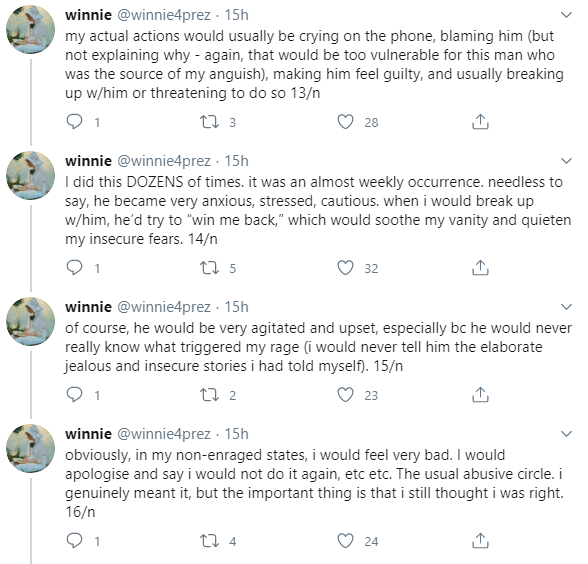 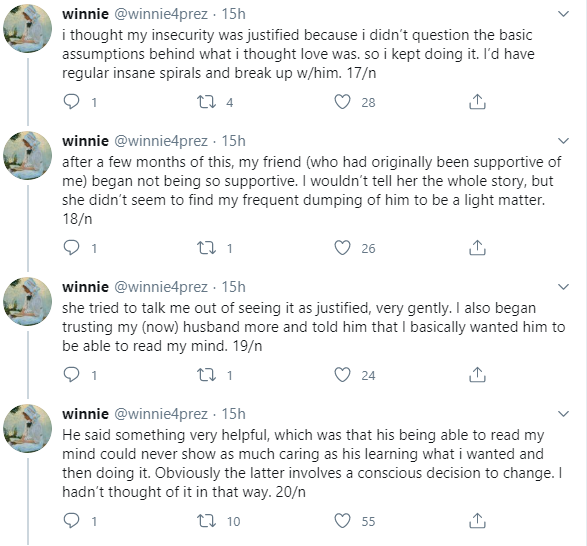 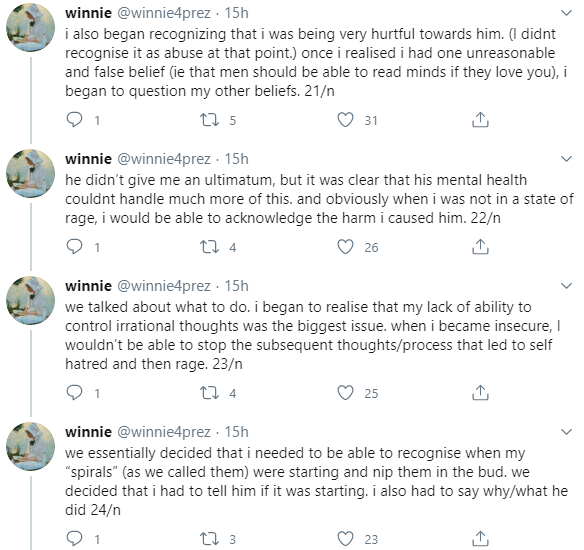 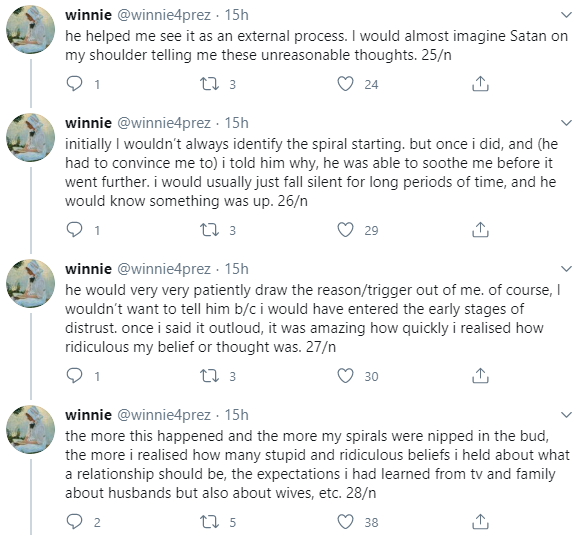 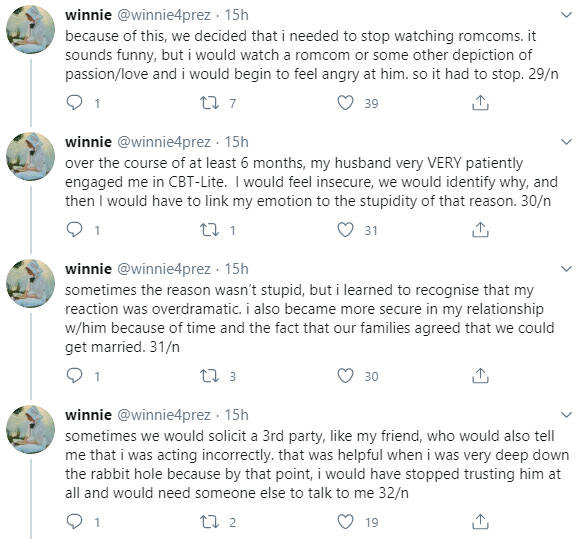 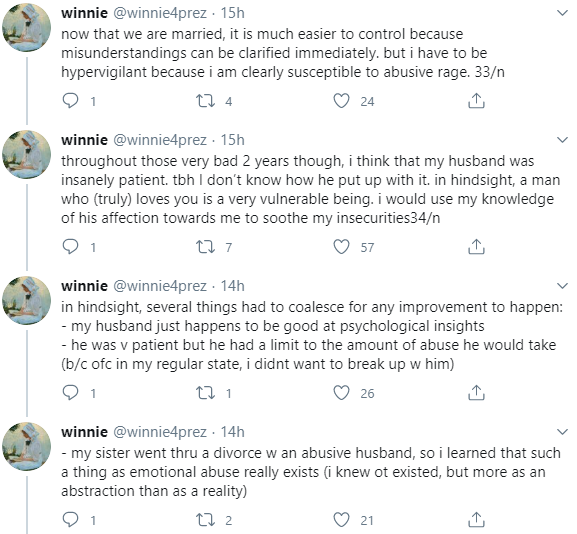 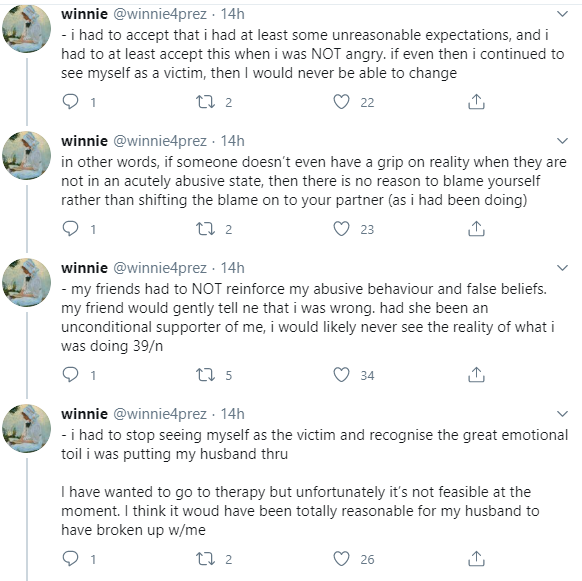 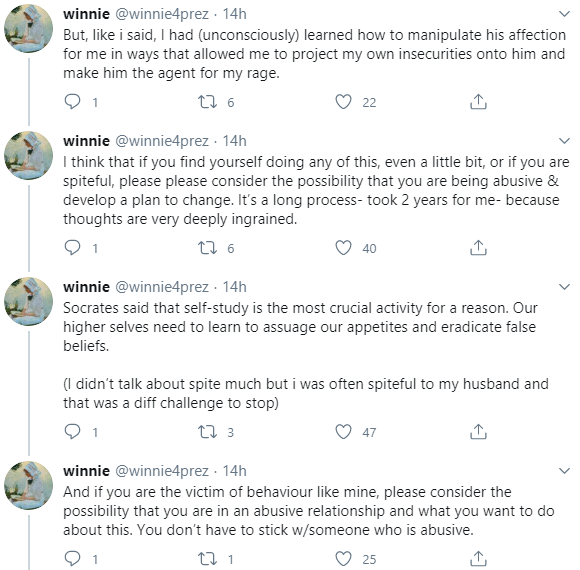 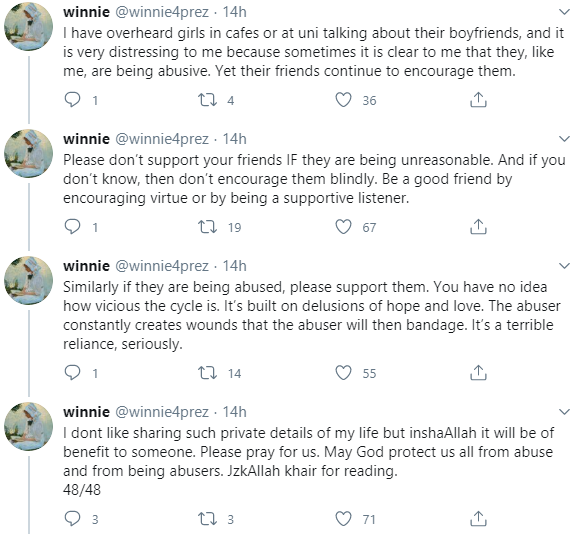 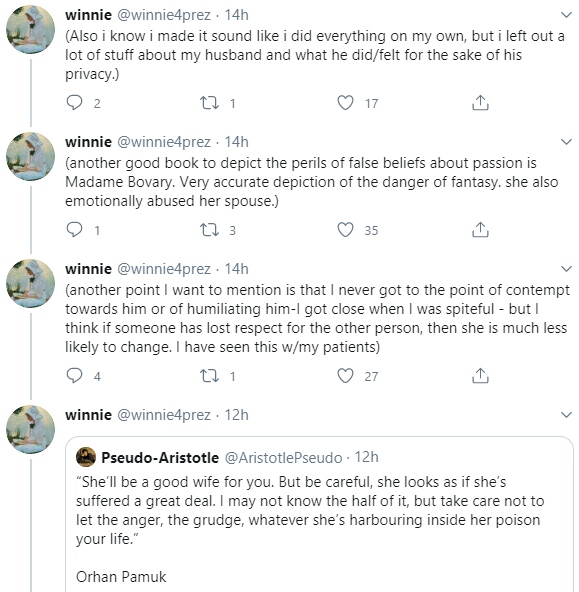