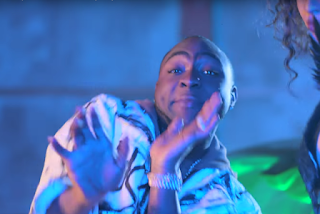 Davido has been accused of ‘stealing’ the production for his record, ‘Pere’ featuring Young Thug and Rae Sremmund.
The Sony Music singer has been called out by another producer named HOD, of jacking his production without credit and using it without compensation.
‘Pere’ was released under Sony Music Entertainment International Limited. Its production is credited to DJ Mustard, a popular American record producer, songwriter and DJ from Los Angeles. But HOD claims the production is his. According to him, he made the beat for singer Dammy Krane, a Davido Music Worldwide affiliate, who he claims recorded the song ‘Pere’ in 2015.
“Only for me to press play on Davido’s new song last night and I hear the same fucking song Dammy Krane recorded with me in 2015! Why??” HOD wrote in a series of tweets, which he has since deleted. “How long will upcoming producers be stepped upon? So because I am not known, you gave the song to Davido and my beat to DJ Mustard?
“I have well documented proof by the way. Shame on Sony for not being professional about this too. I’m sure they felt this was just another unknown African producer,” HOD wrote.

HOD who is also a recording artist, has produced records for other Nigerian stars including Olamide, Reekado Banks, Ayo Jay and BOJ, claims he has proof, and has uploaded his unfinished recording with Dammy Krane to Soundcloud.
On the shared cut which lasts just under a minute, Dammy Krane can be heard singing the rough version of the hook for ‘Pere’. The image on the record is a photo of the file properties, which puts the date of the creation as March 8, 2015.
Dammy Krane, who was announced as part of Davido’s record label in 2016, was credited by Davido for co-writing the hook ‘Pere’. “Shoutout @dammy_krane !! Co wrote the hook on ‘PERE’ with me !!” Davido tweeted on July 28, 2017.
Previous: COMEDIAN SEYI LAW AND KEMI OLUNLOYO – Finally Settle Their Beef
Next: VIDEO: MAYWEATHER VS MCGREGOR FULL FIGHT HIGHLIGHTS